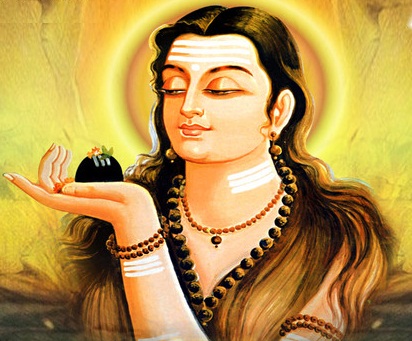 The voice of Akkamahâdêvi, also called Mahadeviyakka, is, with those of Janâbâi* and Mîrâbâî*, an example of these paradoxical female expressions made possible by the devotional movement of the bhakti (“sharing”) in medieval Hinduism. The bhakti is defined by the direct and fusional relationship from the devotee to the divinity, whatever sex or caste, without the intermediary of the priest. Thus participating in the popular and vernacular contestation of Brahmanic orthodoxy, the female voices of the bhakti are no less paradoxical because, as in any mystic who loses herself to God, the individuality of each one tends to dissolve, and femininity seems, beyond the devotee’s sexual identity, to constitute the basis of one’s attitude with love and abandonment. It is perhaps, however, in the indecency and crudeness of the expression that the singularity of these female voices lies. Akkamahâdêvi is linked to a particularly early, radical and enduring bhakti movement that developed in Karnataka, in southwest India, in the eleventh and twelfth centuries: that of the Vîrashaiva (“heroic shivaïte”) or Lingayât (“who carries the linga”). Following Basavanna (1130? -1168), the founder, the Vîrashaiva rose up not only against the social foundations of Brahmanism, the privilege of the Brahmins and the caste system, but also against the very principle of the works, that is, against the whole religious institution that Jainism, well established in Karnataka, imposed by multiplying the building of temples. Instead, the Vîrashaiva advocated the personal quest for the Experience (anubhava) of a formless divine (nirguna), even if this divine is called Shiva: rejecting the temple, the Lingâyat (who still exist today as a Hinduist sect) carry on their own body the symbol (linga) of Shiva. Somewhat revolutionary, the movement welcomed women and people of low castes, becoming proselyte, unlike Hinduism. If there was with Basavanna an attempt at social and religious reform when he was Finance Minister to King Bijjala, the ideas of the Vîrashaiva were essentially propagated by their “sayings”, or vacana. The vacana are literary objects which are difficult to identify: according to the authors, rhythmic words, oral poems in free verse shaped by syntactic parallels, or compositions combining the rhythm of the prose with the density of images of poetry. This paradoxical poetry also paradoxically testifies to existences of which, in their absence, we would ignore almost everything. This is the case of Mahâdevî, of which the legend tells that she fled from a husband, perhaps King Kaushika, to devote herself completely to her love for Cennamallikarjuna, “the gracious god white as jasmine” (whose name at the end of vacana constitutes his signature, ankita). Refusing any terrestrial marital bond, wandering naked, it is said, she received the name of Akka, “elder sister”. But she also wanted to be the god’s wife. The extreme force of Akkamahâdêvi’s poetry lies precisely in the simultaneous rejection and celebration of carnal love, sometimes presented as defilement and degradation, sometimes as an expression of her total love for Shiva. The god himself becomes in turn legitimate husband and adulterous lover. Thus collided, the traditional love metaphors of devotional poetry lose their strictly literary character to take on a violent, contradictory, prosaic reality. Akkamahâdêvi was accepted by the Vîrashaiva and recognised by them as the most poetic among them. She was not in search of their recognition, however, but of her god, whom she sought and challenged until her death, at the same time claiming indifference and hostility from men.