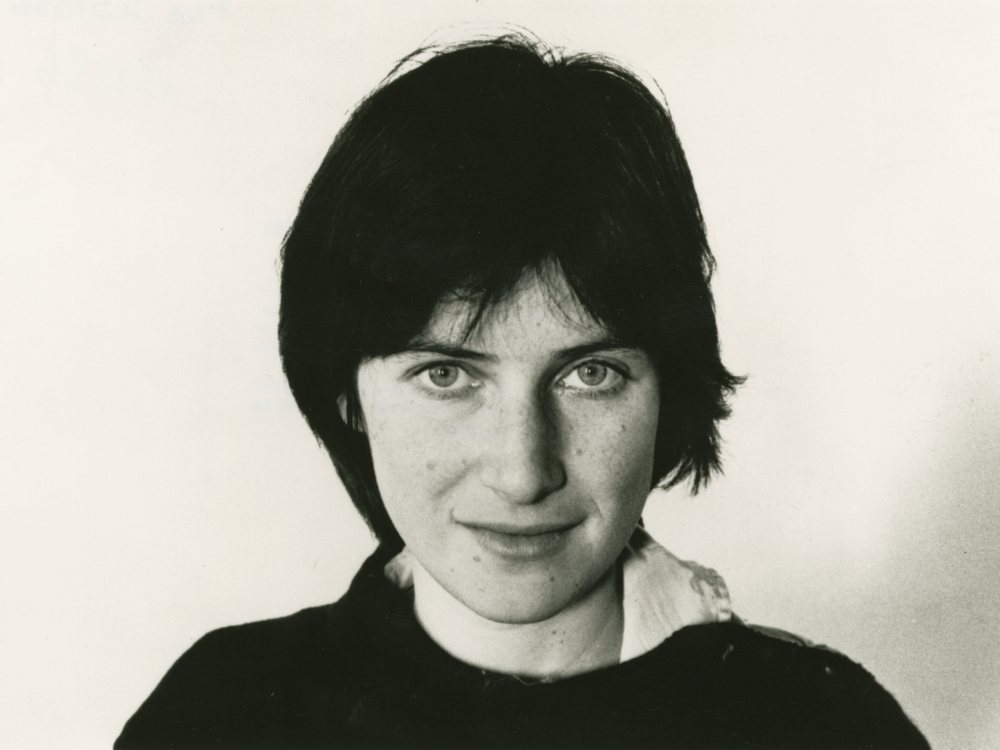 Godard’s “Pierrot le Fou” sparked her passion for cinema. Chantal Akerman was admitted at the INSAS (Institut national supérieur des arts du spectacle et des techniques de diffusion) at a very young age, leaving school after a year, in 1967, believing that she was wasting her time, and began making her first short film: “Saute ma ville” ([Blow Up My Town], 1968), a burlesque film in which a teenage girl (played by herself) engages in daily activities before blowing up her building. A first try that sounds like a vital need for liberation. After a second unfinished short film (“L’enfant aimé ou Je joue à être une femme mariée”, [The Beloved Child, or I Play at Being a Married Woman], 1971), she left for the United States and discovered avant-garde American cinema (Michael Snow, in particular). She then realised that cinema can free itself from the classical narrative and that time is the very essence of a film. From her first films, she possessed a particular sense of temporality, a taste for formalism, working time and space outside of any psychologism. These are the most daily gestures, the inhabited spaces that reflect the identity and history of her characters, most often women. Her cinema reveals that the complexity of our lives has its source in everyday life. A perfect example is “The Room” (1972) is an eleven-minute panoramic sequence shot fixes her on her bed in different attitudes and moments of life, while the surrounding scenery does not change. Her experiments and her love of New York resulted in a medium-length film, “Hotel Monterey” (1972), a fragmentary, upward and storyless description of a shabby hotel, but really an exiled woman’s vision. Back in France, C. Akerman directed her first feature film: “I, You, He, She” (1976). This story of desire and lack thereof between two women goes even further in the exploration of the heroine’s interiority (which she interprets) and is based on a radical staging (long fixed shots, inner monologue, work over time), inherited from her American experience, a style she pushed even further with “Jeanne Dielman, 23 Quai du Commerce, 1080 Bruxelles” (1975), an openly feminist film directed by Delphine Seyrig. Using a realistic, raw and bare device, the audience has the impression that she is following, in real time for three days, a mother who is also a prostitute. Like life, it is sometimes boring, but also exciting. This film, radical in substance (denouncing the alienation of housewives) and form, brings international consecration to C. Akerman. Her following film, “Les Rendez-vous d’Anna” (1978), which is once again tinged with autobiography, invites us to follow the wanderings of a director, with a search for identity and origins as its watermark. Born into a Polish Jewish family (her grandparents and mother were deported to Auschwitz), the filmmaker often evoked the link between her wandering cinema, her exploration of the void and the unspoken, and her mother’s silence on the deportation. This motif is present in “Demain on déménage” ([Tomorrow We Move], 2004), a comedy about mother-daughter relationships in which the burlesque operates as a conjuration of the pain and memory of the Shoah. More than 40 films, including documentaries – for example, “American Stories, Food, Family and Philosophy” (1989, on Jewish immigration to the United States); “From the other side” (2001, on the fate of Mexican immigrants in the United States) – musicals (“Window Shopping”,  986), Lubitsh-like “American-style” comedy (“A Couch in New York”, 1996), the Proustian adaptation crossed with Hitchcock (“The Captive”, 2000), experimental cinema, filmed journals, video installations, her work is constantly questioning identities and origins, recreating them, filling gaps and silences, pushing the boundaries between documentary and fiction – a boundary in which the filmmaker does not believe. Thus “Là-bas” (2006), originally a commissioned documentary on Israel, was diverted into a diary. We see only few things (even less Israel) from what C. Akerman films of Tel Aviv from her room, but this film, completely shot in still frames and voice-overs, expresses with uncommon force the exile, the withdrawal on oneself, the impossibility to speak about the Shoah, the small victories of everyday life. She has also directed two plays, “Hall de nuit” (1991) and “Moving In” (1992). A multidisciplinary artist, C. Akerman exhibited video installations in museums, galleries and contemporary art exhibitions throughout the world from 1995 onwards, notably at the Venice Biennale in 2001, at the Centre Pompidou in 2004 during a retrospective exhibition and at the São Paulo Biennale in autumn 2010. One of her last video installations, “New”, presented at the Venice Biennale in 2015, was exhibited in Paris at the Marian Goodman Gallery in 2017. The Cinémathèque française payed tribute to her in 2018 with a complete retrospective of her cinematographic work.