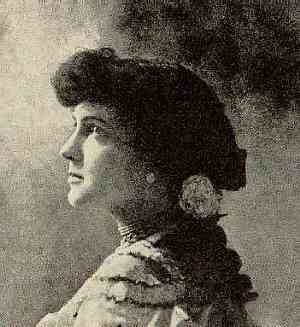 Born into a family of the new bourgeoisie at the end of the nineteenth century, Delmira Agustini emerged early in the literary world, letting surprising ambivalences explode: intelligent, audacious, beautiful, respectful of the norms and social conventions of her time, she had a tragic personal history, which journalists and literary critics seized upon. At the age of 28, when her ex-husband, who had become her lover again, killed her, she had already published three poem collections. After having received an education reserved for young girls from privileged classes, she gradually transformed herself into a symbol of modernism. One of the characteristics of this movement is its ambiguity: modernist aesthetics opposed the dominant bourgeois perspective by opening cultural spaces to those who feel excluded from a certain social context, delimited by the authorities of the time. But the movement also had the ambition to be integrated among the ranks of the classes that hold power. D. Agustini is the only poet recognised in the best anthologies of Latin American modernism. With that of Nicaraguan Rubén Darío, her work is emblematic of modernism. Her mastered and refined poetic language captures the intellectual and artistic concerns of the time. She found, in poetry, a way to deal with changes in gender roles. Eroticism allowed her to appropriate modernist sensuality and to take a central place in Hispanic letters. In “El libro blanco” (1907), she sought to break the norms that constrain individuals, language and art. Change and complexity structured young D. Agustini’s poetic thinking and allowed her to take possession of the language of sexuality and eroticism, with which she responded to the sexual images of R. Darío’s poetry. In “Cantos de la mañana” ([Morning Songs], 1910) and “Los cálices vacios” ([Empty Chalices], 1913), her poetry acquired its originality. In these poetry collections, the narrator becomes a seductress and actress of her own sexuality.