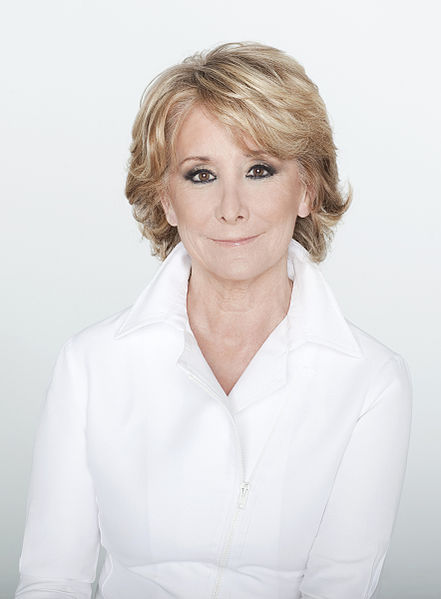 Esperanza Aguirre y Gil de Biedma, a law graduate and a married mother of two, joined the state tourism sector, Cuerpo de técnicos de información y turismo, then, from 1983 onwards, held various positions at the Madrid City Council where she became deputy mayor and spokesperson. In 1987, she joined the popular Alianza (then Partido popular, PP). Elected to the Senate in 1996, that year, she became the first woman Minister of Education and Culture. She left that position to become the first woman Speaker of the Senate in 1999 and was re-elected in 2002. She was a Partido popular candidate for the presidency of the Community of Madrid, and won the 2003 election, becoming the first president of an autonomous government. She was re-elected in 2007 due to her important popularity.