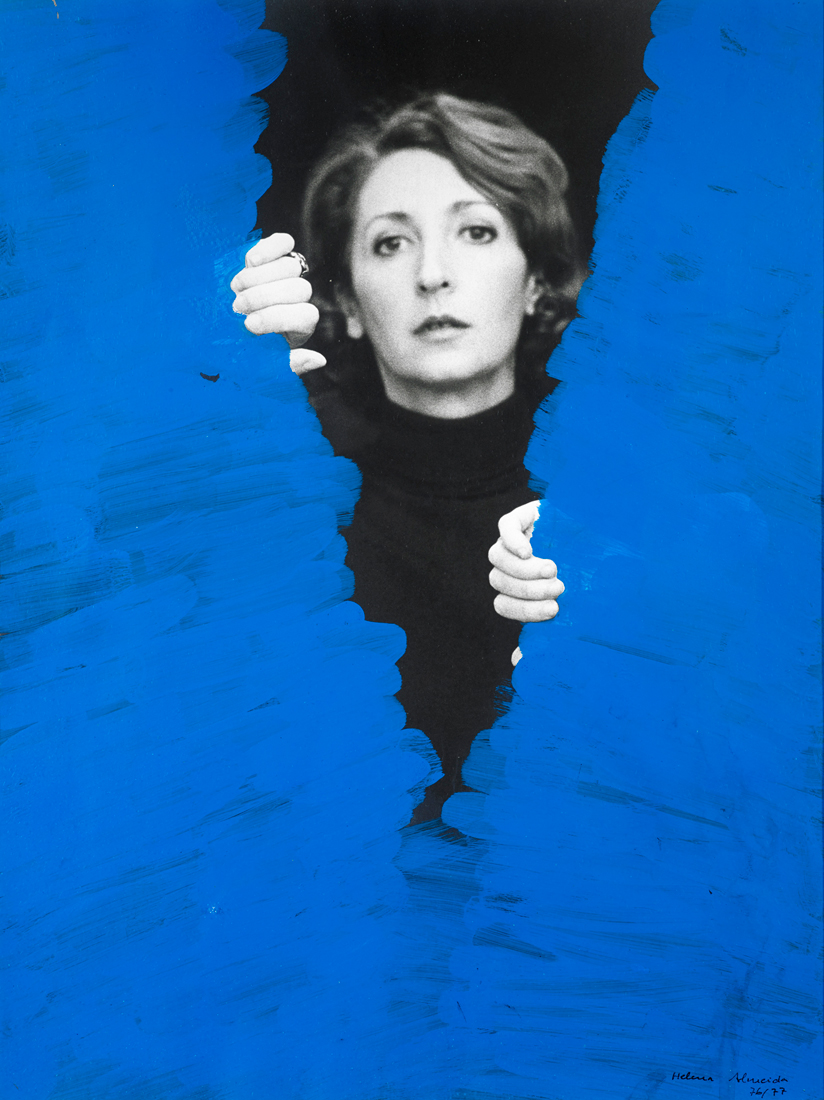 Helena Almeida studied painting at the School of Fine Arts in Lisbon, where her first solo exhibition took place in 1967. As she says, "My work is my body, my body is my work". While her work is sometimes described as body art, she uses a variety of mediums, photographs, performances, drawings, and videos, to question the nature of creation itself, its infinitesimal character. Her ambiguous attitudes, simple scenery, and poor accessories – metal wire, hemp, mirrors, powdered pigments, primitive clothing – contribute to austere and poetic displays of creation and the space in between. Mostly photographed without a face and often clad in clearly symbolic feminine clothing, like a dress, black skirt, and black high heels (Fly, 2001), she gives the self-portrait genre an additional layer. The intensity of the black and white images she creates, enhanced in certain strategic spots – inside her mouth, the soles of her feet, the palm of her hands – with blue or red paint, gives these studies a classical quality borrowed from another era (Study for Inner Improvement, 1977). How do we occupy space? What do our gestures say? What are we made of? Where are our physical limits? Through her minimalist performances, she explores the mysterious passage between the private and public spheres, between form and content, between the presence and absence of the body, between dream and reality, sensuality and spirituality, violence and seduction. While her work began to gain recognition from the art community in the late 1970s, she did not associate her approach to feminism, and freely admitted to the seductive quality of some of her images. Swallowing, secreting, hiding, and living the act of painting were her artistic ambitions. Since her exhibition at the Gulbenkian Foundation Modern Art Center (1987), she has exhibited her work in Porto (1995), Madrid (1997), New York (2004), Belém (2004). She also participated in several biennales, in São Paulo (1979), Venice – where she was officially representing her country – (1982), and Sydney (2004).