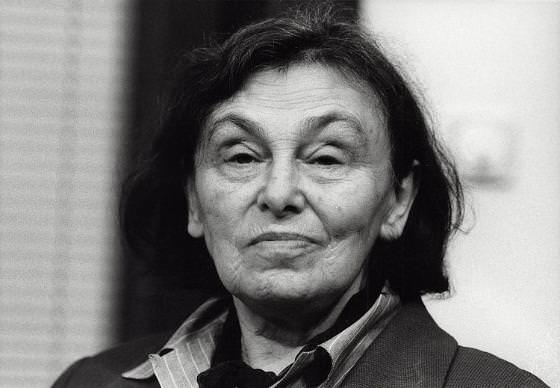 Isle Aichinger was made one of the founders of post-1945 new Austrian literature following the publication of two works at the end of World War II. Her very brief and programmatic manifesto “Aufruf zum Misstrauen” ([A Call for Mistrust], 1946) was then an exhortation to refuse – individually, collectively – the unsaid, whatever its nature. In “The Greater Hope” (1948), her only largely autobiographical novel, this young “Catholic Jewess” from mixed marriage and raised by nuns is among the first to identify fiction as the most appropriate genre to address the issue of persecution and extermination of Jews, then completely hidden in her native country. Both texts had already announced the guiding lines of her work, conceived during more than 60 years of creation: a visceral mistrust towards words and their possible abuses translated by a tireless work on language, the call for an imperatively critical approach to history and the absolute necessity of memory transmission. Very early, I. Aichinger also designed her most striking strategy for renewing literary genres, her narrative theory “from the end to the end”. Her transposition in “Spiegelgeschichte” [Mirror Story], a reverse account of a failed abortion, earned her the Group 47 prize in 1952. Her marriage with author Günter Eich marked the beginning of a fruitful period of production in which many stories, poems, radio plays, aphorisms and micro-reflections, speeches and literary criticisms, always innovative both in content and form, were created. At the end of the 1990s, the author surprised once again by publishing an astonishing autobiography in the Austrian daily newspaper Der Standard in the form of a weekly column entitled Journal des Verschwindens [Chronicle of Disappearance]. I. Aichinger, winner of the most prestigious literary prizes in the German-speaking world, now lives in Vienna again.