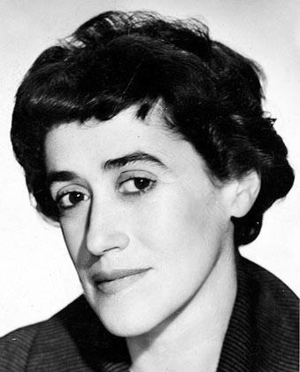 In the middle of the twentieth century, Isidora Aguirre Tupper’s work provoked a major renovation of Chilean theatre, which was then marked by Realism. She is one of the main figures of the Generation of 1957, which stands out for its theatre of psychological realism, with a dramaturgy based on popular demands and criticism of bourgeois institutions. To address the world of the most disadvantaged and social conflicts, her dramatic production uses three formal models: comedy, musical and social drama. Her theatre sought not only to create awareness in society’s middle classes, but also to reach the working classes. She managed to combine social concerns with popularity through the use of historical figures and folklore resources. Invited by Marta Brunet to direct the children section in Familia [Family] magazine, she began her literary career at the age of 15. Her first texts are collected in “Ocho cuentos” ([Eight Short Stories], 1938), followed by the novel “Wai Kii” (1948). She then studied cinema in Paris, before studying dramaturgy, from 1951 to 1953. Her first plays are a comical critique of the world of the privileged. As in “Dos más dos son cinco” ([Two and Two Make Five], 1957), or with the shows “Los locos años veinte” ([The Roaring Twenties], 1974) and “La dama del canasta” ([The Lady in the Basket], 1965). In these hybrid operettas, she reveals the compensatory utopias that enable the most disadvantaged and the middle class to overcome the shock of modernisation. Later, she developed the question of social marginality and became more and more interested in documentaries. The author reappropriated Brechtian epic theatre with popular language and aesthetics, as in “Población Esperanza” ([Hope Community], 1959), written with Manuel Rojas, “Los papeleros” ([The Papermakers], 1963) and “Los que van quedando en el camino” ([Those Who Remain on the Way], 1969). Her most famous work, “La pergola de las flores” ([The Pergola of Flowers], 1960), was often played and adapted. Inspired by real events, it features a group of florists who oppose an urbanisation project in Santiago to keep their stands. I. Aguirre took up historical episodes that reveal features of Chilean identity but especially the origin of inequalities and structures of oppression. This is the case in “¡Lautaro!, epopeya del pueblo mapuche” ([Lautaro!, An Epic of the Mapuche People], 1982), where she stages the struggle of this ethnic group during the Spanish conquest and responds to the promulgation of a new indigenous law; or in “Retablo de Yumbel” ([Yumbel’s Altarpiece], 1986), written on commission by the families of 19 prisoners who disappeared during the military dictatorship. I. Aguirre has also published narrative works.