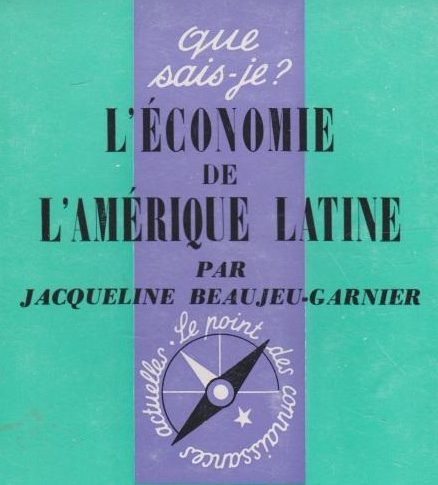 Jacqueline Beaujeu-Garnier, a brilliant woman, who very early on acquired national and international stature in geography, was involved in all fields of research that reflected the global transformations of the post-war period: demographic revolution, urbanisation or tourism. An honorary laureate of the International Geographical Union in 1988, she was one of the first women to chair a working group on the world’s major metropolises. In France, she was also the first holder of a doctorate in geography (1947), the first geographer to become a university professor (Lille, 1948, then at the Sorbonne, 1960-1986), and the first president of the Société de géographie de Paris (1983-1995). She went from a thesis on pure geomorphology (“Le Morvan et sa bordure, étude morphologique” [The Morvan and its Border, a Morphological Study], 1947, published by PUF in 1950) to human geography and spatial planning, her itinerary was close to that of her generation of geographers. But in each of these branches, she manifested unusual energy. She took up the challenge of her field, which was then considered to be reserved for men. She coordinated teams of geographers for the production of regional atlases (“Atlas du Nord” [Atlas of the North], 1961; “Atlas de Paris et de la Région parisienne” [Atlas of Paris and The Parisian Region], 1967). She quickly became a trusted contact for the national spatial planning services. More broadly, she defended the development of applied geography. She was a pioneer, pragmatic, idea-driven, and has sponsored a wide range of research. During the French geography crisis in the 1960s and 1970s, she tried to reconcile French tradition with modernity of Anglophone inspiration. She has demonstrated, in her thematic mobility and her sensitivity to changing practices and ideas, great reactivity to the contemporary world.