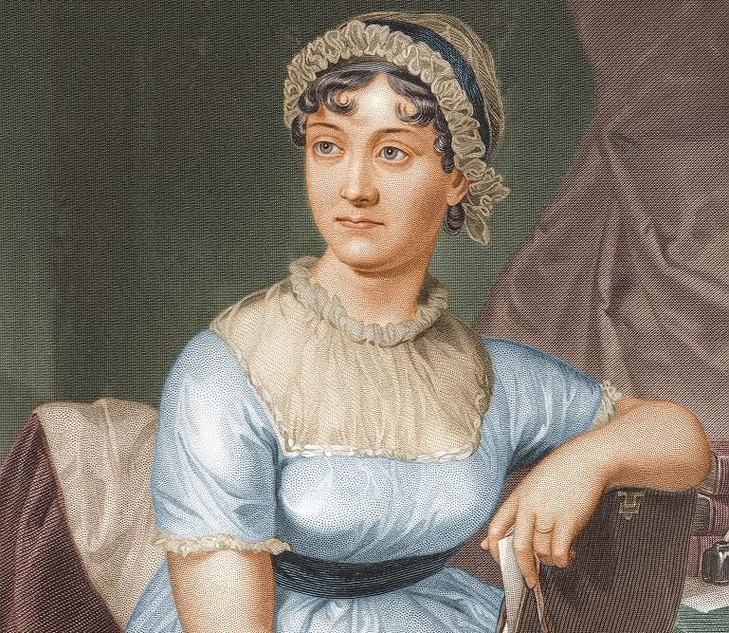 Jane Austen, the seventh child of a parish rector, came from a milieu where intellectual life was certainly provincial, albeit open and generous. She did not associate herself with any group of authors of the time, paid little attention to political upheavals and showed little interest in popular movements or philosophical debates. The circle of her life and writing was limited to petty rural bourgeoisie and its codes of conduct and propriety as well as the small provincial land aristocracy that wanted to keep up appearances. The specificity of her novels lies in the systematically adopted point of view of female characters confronted with the moral and economic necessity of finding a husband. Her heroines are gifted with sense of analysis and insight, capacity for tolerance and charity, but, having inherited eighteenth century satirical tradition, J. Austen analysed them with enough distance to maintain a resolutely critical mind. She knew how to detect the faults and failings of human beings, their vulgarity, their ridiculousness, thus allowing a real economy of passion and self-awareness, far from any sentimental literature, to deliver acerbic social criticism served by offbeat humour and cheerful and light irony. Her best-known novels (“Pride and Prejudice”, 1813; “Mansfield Park”, 1814; “Emma”, 1816; “Persuasion”, 1818) all emphasise the social stability, restraint, reasonable logic of the middle class which, through its morals, and unlike the snobbish and superficial aristocracy, knows how to resist external changes that threaten it. In “Northanger Abbey” (1818), she denounced the lack of common sense and reason and the overflowing imagination of a young girl who reads too many Gothic novels. But even more importantly, the novelist demonstrates, without bitterness but with strength, women’s dependence on marriage, the much-discredited celibacy and the cruel loneliness of the young girl in search of herself in a heavily patriarchal and sexist society. Admittedly, one could interpret, through her absence of dogmatism and in her benevolence, a resigned attitude, one could say rather cautious – so as not to endanger the values of social order – and stoic, in the image of her style, sometimes a little too didactic, but always fine, balanced, engraved with ironic aphorisms, in short, the style of a miniaturist. She was the first English author to use free indirect speech, an expression which aims to be as faithful as possible to the immediacy of feelings and self-questioning.