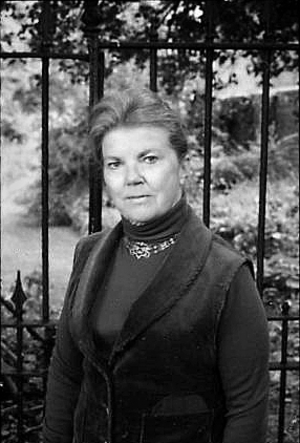 Joan Aiken went to high school in Oxford from 1936 to 1940, then later wrote short stories which were read on the radio. She then worked for the BBC in 1942 and 1943, then as a librarian at the United Nations from 1943 to 1949. She published several short stories in Argosy magazine. Her writing skilfully moved from children’s literature to thrillers, of which she became one of the queens. Among her best-known works are “The Wolves of Willoughby Chase” written between 1960 and the 2000s, offbeat and imaginative stories of England where wolves from central Europe invade England through the Channel Tunnel, where Hanoverians do not rule England and where some inhabitants of the United States speak Latin. Aiken has also achieved great notoriety through the written adventures of Arabel and her raven Mortimer, for television, and through novels that extend the intrigues of Jane Austen’s works. She has written more than 100 books, plays, poems but also ghost stories, with generally very dense atmosphere, not without a certain imaginative extravagance, a little reminiscent of Dickens’ novels. Her modest and discreet personality has marked a whole generation of children and adults.