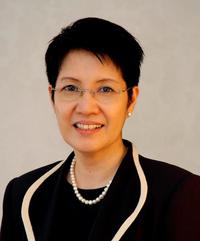 Specialised in the study of development, political economy and sociological theories, Maria Cynthia Rose Banzon Bautista is one of the leading figures in contemporary Philippine sociology. After her thesis in 1983, she became a professor at the University of the Philippines and focused her research on rural sociology, women and gender studies, middle-class culture, migration and urbanisation. In 1993, she coordinated a book which revealed the social consequences of the 1991 Pinatubo volcano eruption and described the aid provided to victims, as well as their coping strategies. Thanks to the plurality of her approaches and the social impact of her work, the sociologist has been honoured many times (Outstanding Young Scientist of the Philippines Award in 1988; Outstanding Woman in the Nation’s Service Award in 1995; Professional Award in Sociology in 1998; Achievement Award for the Social Sciences in 2003). She also has various administrative responsibilities in her country: executive director of the Center for Integrative and Development Studies (1992-2000), vice-president of the Philippine Studies Association (1995-2003). She is the dean of the Faculty of Social Sciences and Philosophy at the University of the Philippines (2001-2004), and also a member of many international organisations, institutions and programmes.