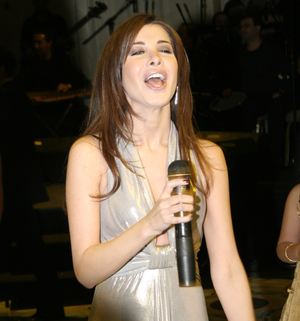 Nancy was still a pre-teen when she won her first singing competitions, including “Les Étoiles du futur”, which allowed her to shine on stage by performing a cover of a classic song by Oum Kalsoum. After recording several albums, she established herself not only in her country but also in the Arab world, thanks to a simple and original repertoire. Her third opus, “Ya Salam”, strengthened her reputation and made this young singer a national pride and a symbol of Lebanon. Her popularity is as vast as the number of records sold: more than 10 million. Coca-Cola’s muse in the Middle East, elected one of the most influential singers in the Arab world according to American magazine Newsweek, she continued her very young career by recording “Nancy 7” in 2010, an album where her usual lyricism is galvanised by electro-pop sounds.