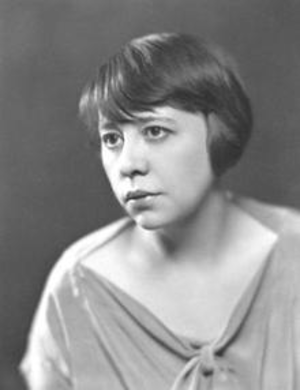 A poetess, critic and playwright who tackled audacious subjects, Zoé Akins had little success to begin with. In 1930, she became a screenwriter by writing the dialogues for Dorothy Arzner’s “Sarah and Son”. The two women collaborated on three other films featuring strong and singular female characters: “Anybody’s Woman” (1930), “Working Girls” (1931), “Christopher Strong” (1933). For George Cukor, whom she was also faithful to, she wrote “Camille”, (1936, adapted from Dumas’ “La Dame aux camélias”) “Zaza” (1939); “Desire Me” (1947). Despite all this success, Z. Akins stopped her scriptwriting career to devote herself exclusively to writing plays. Awarded the 1935 Pulitzer Prize for theatre for “The Old Maid”, an adaptation of a novel by Edith Wharton*, this author of around 40 plays saw virtually none of her works produced on Broadway.