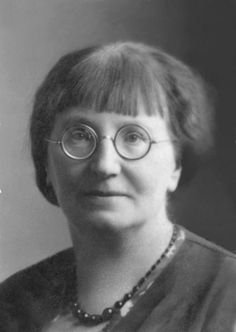 Coming from a modest family, Alice Bailly abandoned her German studies to take drawing classes in Geneva between 1891 and 1895 at the École des Demoiselles, next door to the School of Fine Arts, where women were not admitted. In 1904 she went to Paris where she joined the colony of Swiss artists on rue Boissonade, in Montparnasse. Among the works she sent to the 1907 municipal exhibition in Geneva, the painting Trois torses de femmes (1907), indebted to Vincent Van Gogh’s expressive touch and Paul Gauguin’s synthetism, also borrowed from Matisse’s colorism. In 1909, she exhibited at the Salon des Indépendants, the Salon d’Automne, and the Kunstausstellung (“art exhibition”) in Munich. In 1912, she exhibited again at the Indépendants, alongside the Cubists André Lhote and Jean Marchand (known as Mercator), thus marking her membership of that movement. The following year, her picture Dans la chapelle (1912), revealing Robert Delaunay’s influence, was noticed by Guillaume Apollinaire. That same year, she drew close to the Futurist movement and adopted colour once again (Fantaisie équestre de la dame rose). She then had her first solo exhibition, at the Rath museum in Geneva. During the First World War, back in Switzerland, she frequented the Dadaist circles of Zurich— she would publish an ideogram-drawing in 391, Francis Picabia’s review, in 1919 —and continued her research, using oils, between Cubism and Futurism. She also produced textile artworks: L’Ami Spiess (wool-picture, 1918). Although she was supported by the Winterthur industrialist and patron Werner Reinhart, she had money problems. She made several journeys to Italy, which were decisive for her work (Intérieur de cour, 1929). During the 1920s, dancers and musicians were a major part of her iconographic repertory, explaining her participation, in 1936, in the commission by the Lausanne Théâtre Municipal (Entracte and Forêt enchantée). The first retrospective of her work was held at the Cantonal Museum of Fine Arts in Lausanne, a few months after her death. The Alice-Bailly Foundation, created in 1946, provides financial support for young Swiss visual artists.