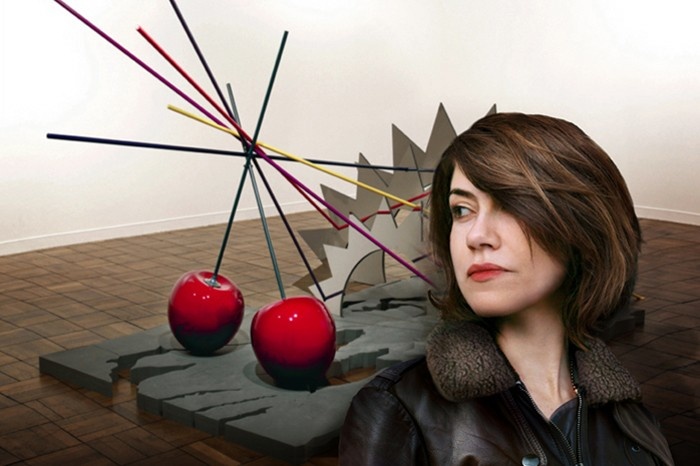 After studying at the École des Beaux-Arts in Nantes, Delphine Coindet joined the Institut des hautes études en arts plastiques in Paris (founded by Pontus Hultén). She quickly developed a singular work method that enabled her to create paintings and sculptures freed from the limitations of a studio; the method consists in using digital design tools and 3D software and having her pieces manufactured by specialized craftsmen. Her formal world draws from the elements and objects that surround us (flowers, feathers, stones, drops of water, saws, rugs, rocks, clouds), from more abstract shapes (cylinders, cones, spheres, crosses), and from the worlds of advertisement and video games.In doing so, Coindet produces a series of “gaps” between an object and the way it is represented, between its material recreation (which enables her to play on a variety of ambiguities in matter and texture), its exhibition, and its reproduction. Says the artist, “I always take into account the various ‘states’ of the work: the drawing, the image, the manufacturing process, the object, the exhibition, and the icon. I do not want to consider the work as a closed and finished object, or even as an end in itself, but rather as a transitional form that reveals the context which made it possible.” Her work, which stands out as a reflection on the world of representation in the digital age, also opens up an entirely imaginary – even poetic – space, which evades, with gentle insolence and refreshing carefreeness, all the ideological or formal pitfalls linked to new technologies and the excessive use of the readymade.