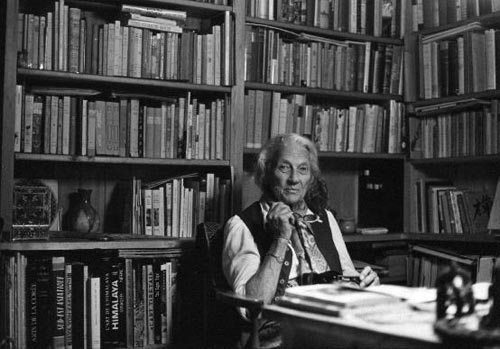 Ella Maillart was an adventurous woman who travelled around the world in search of change of scenery and surpassing herself physically. She recorded her experiences in her travel stories. “Forbidden Journey - From Peking to Cashmir (1937) recounts her seven-month journey with Peter Fleming. In 1939, while fleeing Europe on the brink of war, she escaped with Annemarie Schwarzenbach behind the wheel of a Ford to drive around Afghanistan (“The Cruel Way - Switzerland to Afghanistan in a Ford”, 1947). She continued her spiritual exploration in an ashram with Ramana Maharshi in India, where she stayed from 1940 to 1945. After the war, she returned to Switzerland and settled in Chandolin in 1948, working as a guide in the countries she had visited. The photographic account of her adventurous life is on display at the Musée de L’Élysée in Lausanne.