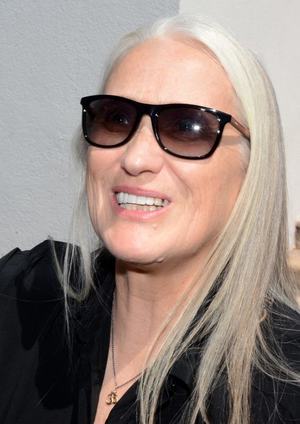 Originally from New Zealand and trained at the Australian Film, Television and Radio School (AFTRS) in Sydney where Gillian Amstrong* studied before her, Jane Campion is now the most famous “Australian” filmmaker. From her first feature film, “Sweetie” (1989), a dramatic comedy about complex relationships between two sisters – the apparent physical and moral “abnormality” of the younger one affecting the “normality” of the older one – the director builds a specific universe in which female characters are privileged. “An Angel at My Table” (1990) is a sensitive portrait, adapted from the autobiography of Janet Frame who, as a young author, escaped lobotomy only because the surgeon had read a press article mentioning a prize awarded to her poetry. Set in the nineteenth century, “The Piano” (1993) evokes the sexual seduction and awakening of a mute settler’s wife, performed by Holly Hunter. The film won the Palme d’Or (shared) at the Cannes Film Festival, the first woman to have won this award since the creation of this event. While it has contributed to her international reputation, this award has also made the filmmaker a source of inspiration for many younger women creators. J. Campion had already received the Short Film Palme d’Or for “An Exercise in Discipline – Peel” (1982). After an adaptation of Henry James’ “The Portrait of a Lady” (1996), a period film with rich sets and costumes, the director tried her hand at thrillers (“In the Cut”, 2003), before returning to the nineteenth century with “Bright Star” (2009), in which she evoked pure and idealised love, as if timeless, that linked the English romantic poet John Keats to Fanny Brawne, a girl from a good family, but with a rebellious spirit and a fanciful imagination. Filmed, produced and financed in countries sometimes far from the antipodes, J. Campion’s fictions reveal the complex effect of globalisation on national identity. In 2014, J. Campion chaired the 67th Cannes Film Festival.