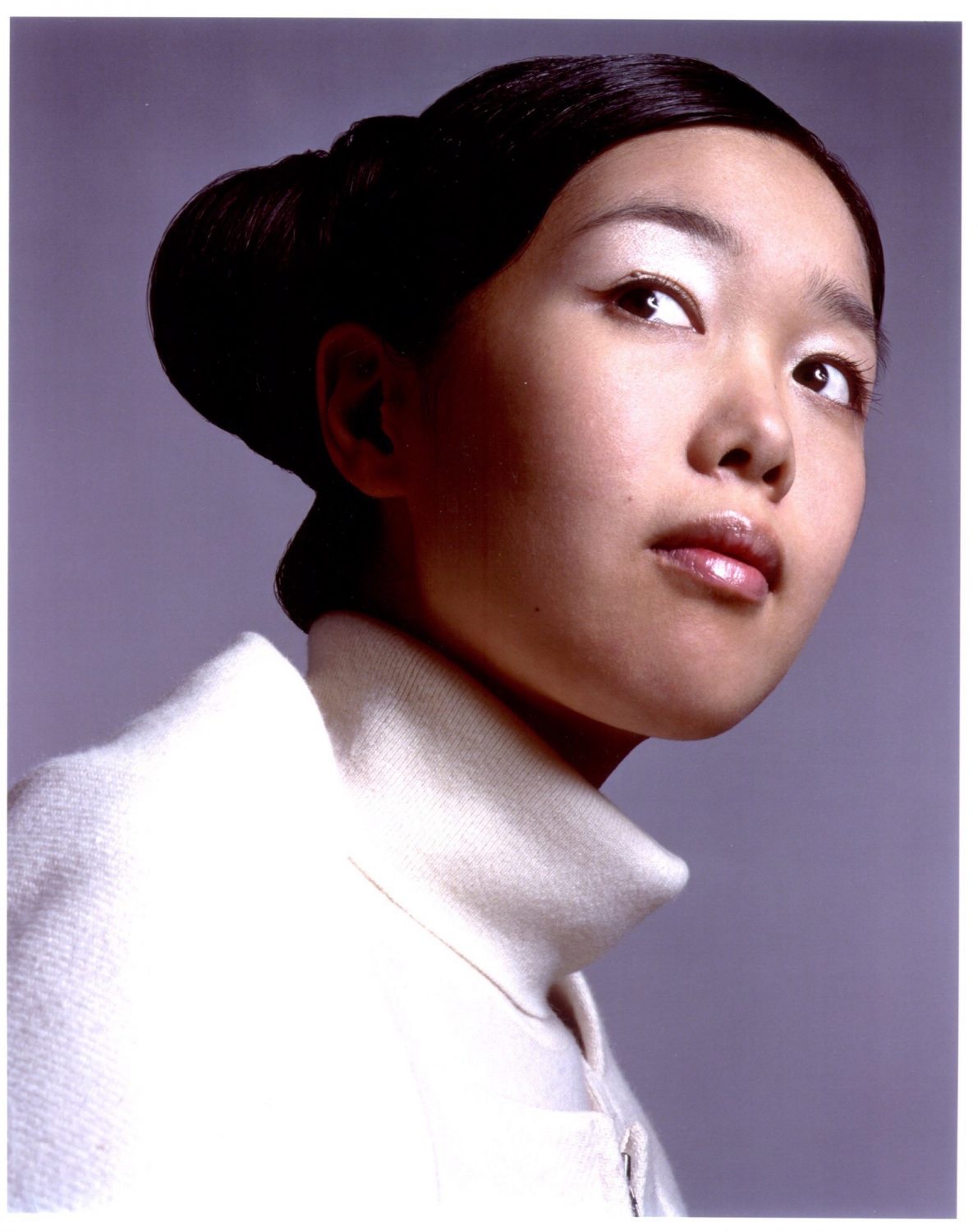 A major figure in the present-day international art scene, Mariko Mori took courses in fashion design (1986-1988), in tandem with a career as a model. In 1988, she settled in London, where she took classes at the Chelsea College of Art and Design, and rounded off her education in New York at the Whitney Museum of American Art (1992-1993). From the outset, her oeuvre has been organized around the East/West duality which she tries to sum up in a harmonious way in photographs, videos and performances. By presenting herself, on the formal level she borrows from science fiction, Pop Art, fashion, and comic-strips, and has relied on increasingly sophisticated technological procedures throughout her career. In her early works inspired by fashion photography, the artist made herself up as a Manga heroine and disguised herself as a sexy cyborg, astray in various places in Tokyo (Subway, 1994). In Tea Ceremony (1995) and Play With Me (1995) she subtly speaks out against machismo and the secondary place granted to women in Japanese society. In 1996, she started using video and digital photography to produce painstakingly orchestrated multimedia ensembles: the video Miko no inori (“the shaman’s prayer”, 1996), shot in Tokyo Airport, is awash in a cybernetic atmosphere; dressed as a futuristic goddess, the artist read the future in a transparent ball, thus predicting her future spiritual compositions blending Japanese tradition, Shintoism and Buddhism. From then on, at the crossroads of high technology and shamanism, she has been reconstructing harmonious visions of a mystical and timeless reality, like the 3D video Nirvana, which was awarded a prize at the 1997 Vienna Biennale. Conceived as a peaceful and messianic endeavour, the installation Beginning of the End: Past, Present, Future (1995-2005), made up of 13 photographic panoramas bent to 360o, present Mariko Mori meditating, lying down inside a see-through capsule, in different symbolic places around the world. As nothing less than an icon of her generation for some, the artist has been exhibiting since the 1990s all over the world, and her works are held in several major international institutions.