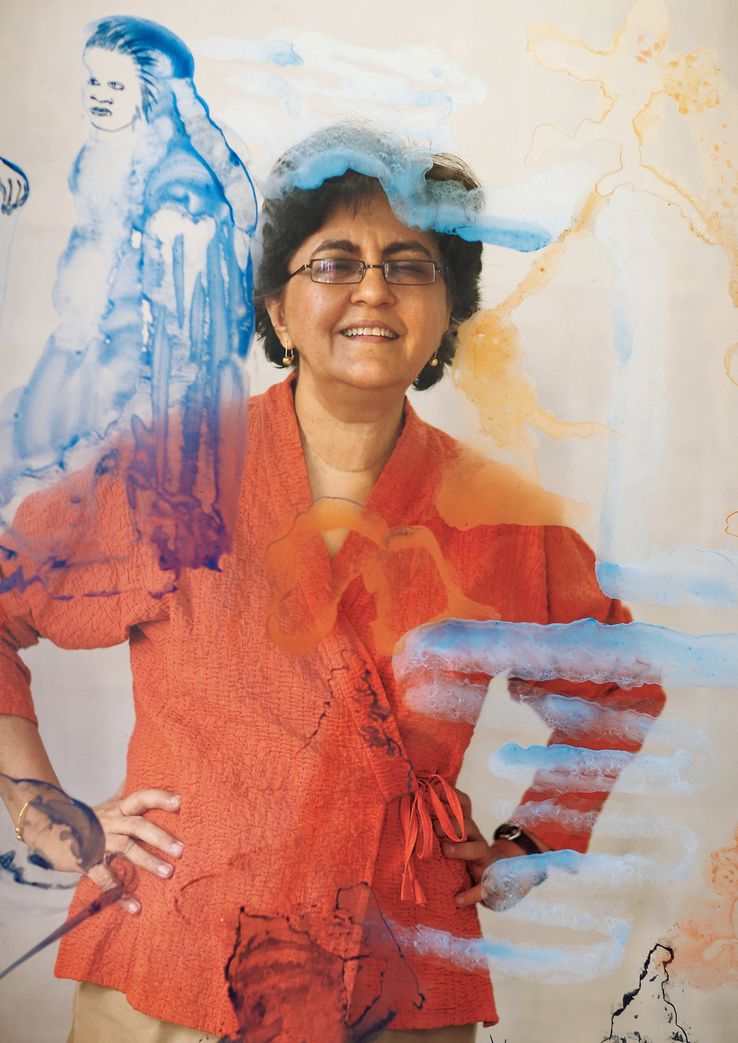 Born in the British Indian Empire, Nalini Malani grew up in Calcutta then in Bombay, where her family settled after the partition of India. During her studies at the Sir J. J. School of Art in Bombay (1964-1969), she worked in a studio at the Bhulabhai Memorial Institute, a cultural and intellectual hub. She lived and worked in Paris from 1970 to 1972 after receiving a scholarship from the French Government. In 1981, she took part in her first major exhibition, Place for People (Jehangir Art Gallery, Bombay, then Rabindra Bhavan Galleries, New Delhi). Concerned with feminist issues, she showed autobiographical works from the series His Life (1979-1984), in which she explored relationships within families and their effects on their female members. The characters she depicts are undulating masses, the bodies of which are approached in a tangible way, using nervous strokes; her watercolours (1983-1984) show sequences of moving bodies in a neutral space. Drawing and painting have always been the cornerstone of her work, but she also started diversifying media and techniques during the 90s. City of Desires (1992, installation, Gallery Chemould, Bombay) marked the beginning of these new experiments. The artist collaborates in theatre projects that combine painting, video, installation, neon sculpture, music, and theatrical performance, such as the Medea project (Max Mueller Bhavan, Bombay, 1993), based on Heiner Mueller’s play and his interpretation of the sadomasochistic relationship between Jason and Medea as a metaphor of coloniser and colonised. Although Malani’s art displays strong psychoanalytic connotations and is politically and socially committed, the artist always positions herself as a mediator.