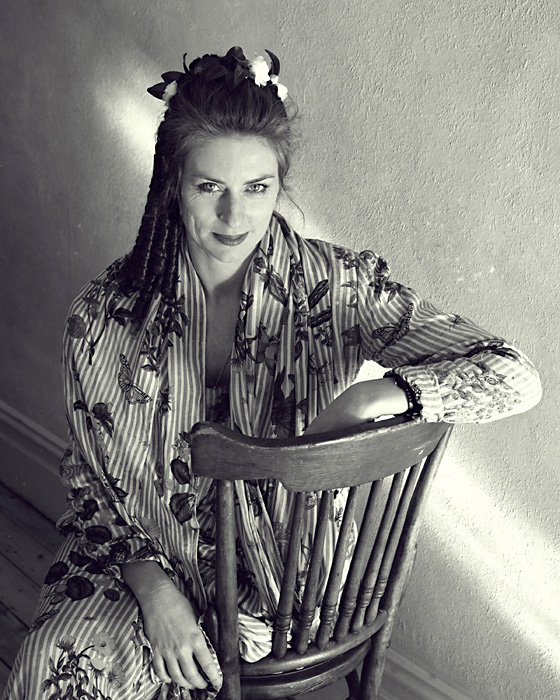 Practicing sculpture, performance and holography, Paula Dawson has been influenced by the inventions of her father, an electronics engineer, and her mother’s artistic sensibility, especially when opera is concerned. At a very early age, she studied classical dance and adopted the techniques of Martha Graham* (1894-1991) and Merce Cunningham (1919-2009). Her first performance, Music and Lasers in Mazes (1977), associated dance and light. She graduated from the Melbourne Institute of Technology in 1978 and from the Victoria College of the Arts in 1981, and developed an interest in the porous boundary between the real and the virtual. After producing explosive sculptures in 1978, she focused on the creative possibilities of holography, which was then becoming accessible, and which she introduced into the Australian artistic arena in 1974, when she was still a student, and then in 1977, at her solo exhibition, Transparent Things, at the RMIT Gallery in Melbourne, and the following year in the installation The Difference Between Tuesday and Thursday. Dawson then created ambitious installations, such as There’s No Place Like Home (1979) in the laboratory of General Physics and Optics in Besançon: in it she reconstructed an Australian suburban home and its ordinary living room, awash in the green light of the laser, and furnished with monochrome holographic objects. It was that exact research that led her to submit a doctoral thesis on the space-time potential of the holographic image in 1999. While teaching in Sydney, she carried on her work on holograms, trying to transpose the chiaroscuro of Italian Renaissance painters in Shadowy Figures, (2003), and developing the capacities of the rainbow hologram in Phantom Brush (2009).