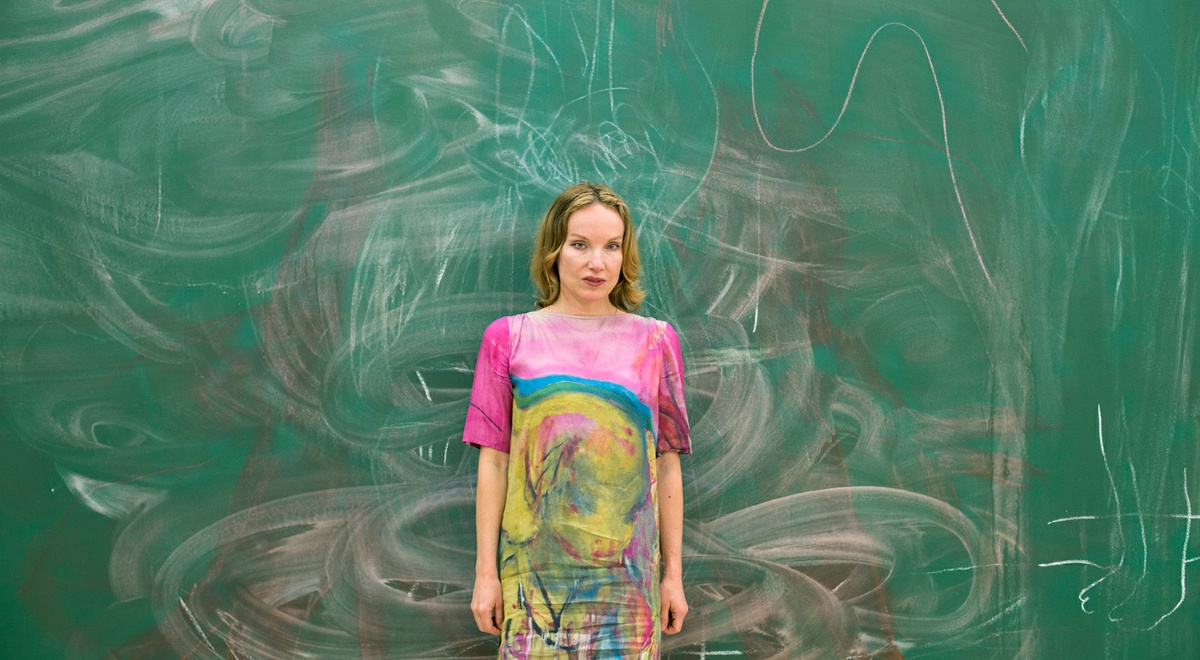 Rita Ackermann studied at the Academy of Fine Arts in Budapest from 1989 to 1992, then at the Studio School of Painting, Drawing and Sculpture in New York, where she found the teaching too conservative. Feeling closer to pop culture than to movements endorsed by the elites of the art world, she experimented in different fields, focusing equally on drawing, collage and performance. Uninterested in established judgements and academism, she takes her inspiration from urban culture, street art and the world of the night. Strongly influenced by the underground music scene, her production has often benefited from collaborative projects with cult figures on the punk and no wave scene, such as Sonic Youth (Sensational Fix, 2008). Thus the bubbling vitality of New York in the 1980s resurfaces in her visual chronicles fuelled by fantasized images of a living, demonic reality that is also ordinary and blunt. Ackermann reinterprets the image of women and focuses on the darkest aspects of adolescent life. If You Keep Your Mouth Shut (1994) is a manifesto work that has enjoyed great success in the form of an intimate diary in images. Adopting a world of glamorous, Lolita-like nymphets, she observes the ideals, fantasies, conventions and convictions of an entire generation in search of identity. She appoints herself as the spokesperson for a young generation swept up by a desire for rebellion and immediate gratification. Her evanescent figures, set in installations formed by combinations of drawings, paintings and collages, are shown in sensual poses and lustful postures. In Toast For No Fear! (2007), Classic cultural heritage is infused with pop imagery, with faces of weeping Madonnas mingled with the sleek eroticism of mischievous manga heroines. Ackermann brings together all the extremes of female imagery, ranging from the figure of the prostitute to that of the Blessed Virgin.