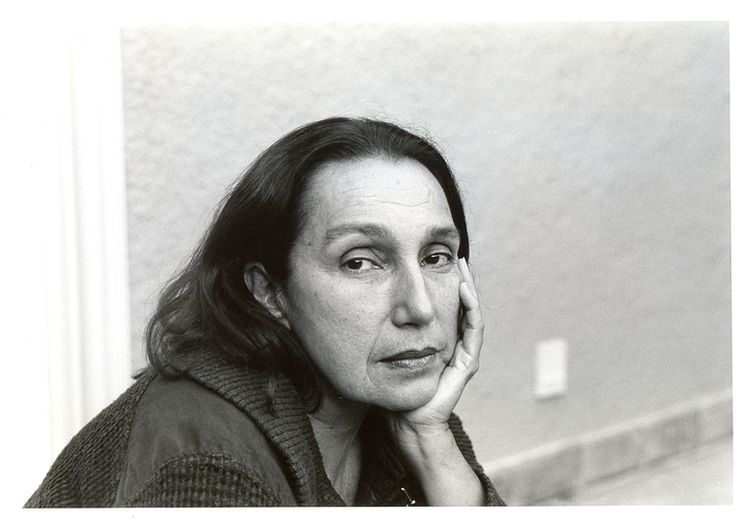 Out of the three generations of Brazilian video artists that the semiologist Arlindo Machado categorised (in Made in Brasil: Três décadas do vìdeo brasileiro, 2007), Sonia Andrade belongs to the first: the pioneers. In 1974, after studying under Anna Bella Geiger* at the Museum of Modern Art in Rio de Janeiro, she filmed a series of eight video performances, Sem titulos(“untitled”), which depicted scenes of self-aggression comparable to the works of her European counterparts, particularly Marina Abramovic. However, Sem titulosdid not quite fall within the scope of feminist ideology. Rather, it dealt with the conflicted and alienating relationships between the artist and the creative process. That same year, she participated in Prospectiva 74at the Museum of Modern Art in São Paulo – the first public exhibition of video art in Brazil – then in the International Biennale, which also took place there in 1977.In addition to themes of physical and mental violence within the artistic creative process, S. Andrade also developed an interest in television – its consumerist mechanisms, the ideas it conveys, the space it carved out for itself over the years as a device, and also the position it occupies in our society. In 1977, she filmed Untitled (Feijão), devoted to the receivers of televised contents. Her use of video shifted toward the creation of installations, particularly It were but madness now t’impartthe skill of spectacular stone(2001). This piece, inspired by John Donne’s poem, Undertaking, consists of a floor covered in raw amethysts and a video projection. Her 2010 installation Get with Child a Mandrake Rootincluded 25 screens, each of which showed footage of a detail of the roots of an old tree, illustrating the myth of the occult and magical properties of the mandrake root, as evoked by J. Donne in another of his poems, Song. Throughout her artistic career, S. Andrade has used video as a creative medium to explore the visual depictions of our inner states of intimacy and ineffability.