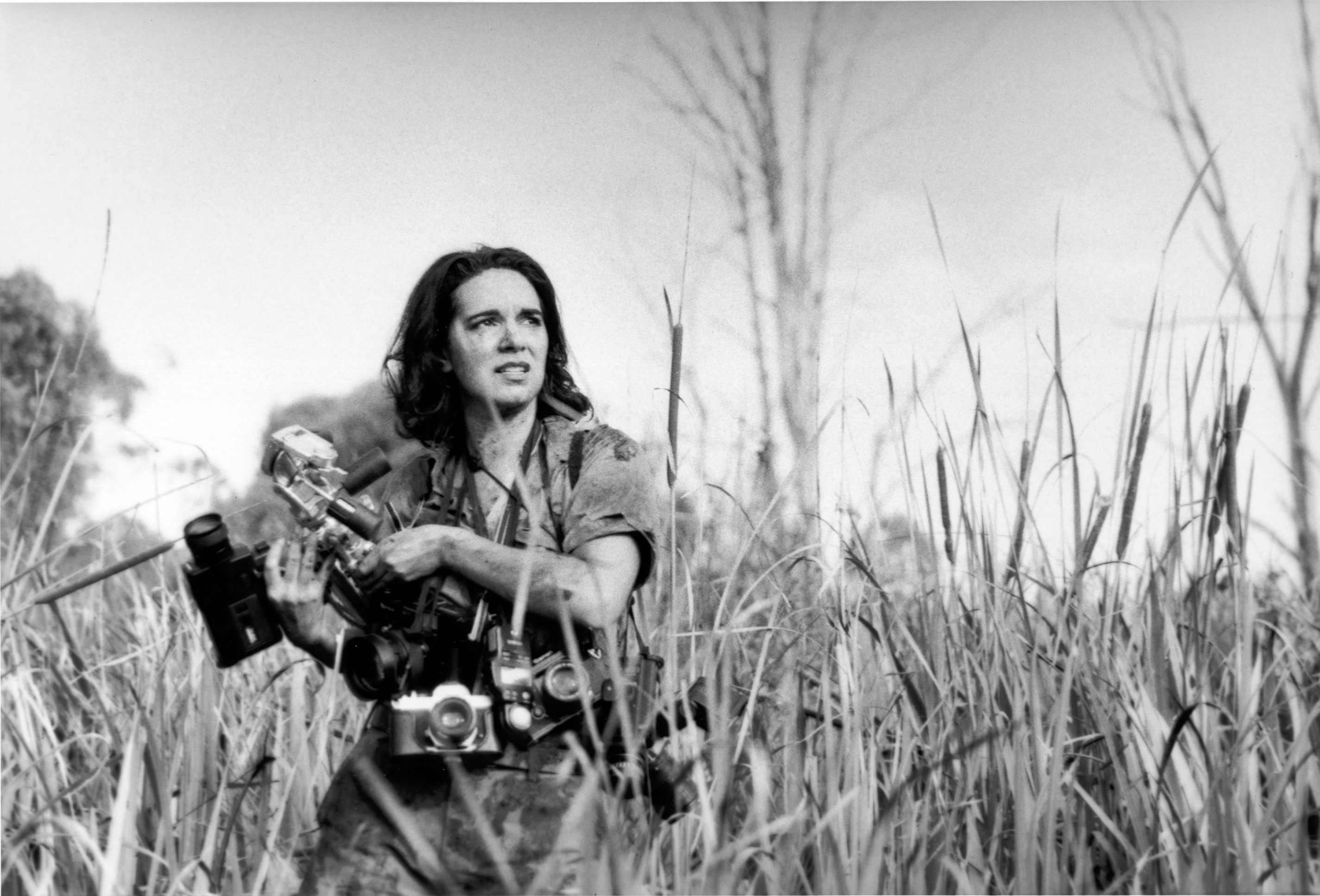 Tracey Moffat graduated in 1982 in visual communications from the Queensland College of Art, and is one of the leading Australian artists of her generation. A mixed-race aboriginal raised by adoptive white parents in a working-class environment, she is also one of the first women artists to put her ethnic and social origins at the heart of her work: the title of her first feature film, Nice Coloured Girls (1987) reveals as much. So her work is organized around a mixture of historical factors - often linked with Australian history - and personal archives, which are arranged in series of photos and films of varying length. Her photographic series Something More (1989) earned her recognition at an international level: the juxtaposition of black and white and colour photos of natural and painted décors, the fragmentary history of a leading female character, and the mixture between reality and fiction all instantly define the style of her works, which are complicated to interpret. As a result, Moffatt stands apart from the engaged and political art which appeared in those same years, but also from the development of photography on the one hand, and that of video on the other. Her images in fact mix film and theatre, television and artist’s video, comic strip and advertising, and art history and low culture. Her photographs use as their models actors and directors, and are taken using a process which calls to mind that of a film shoot or the tableaux vivants of the early 20th century. Eroticism is often present in them, either tinged with something dreamlike (Pet Thang, 1991) or racial violence (in Laudanum [1998], a white female landowner and her black servants are represented in an academic style, in black and white). Her second feature film, Bedevil (1993), which was shown at the Cannes Film Festival, presents issues peculiar to the Aboriginals: double identity, economic problems and criminality, which rub shoulders with a powerful link with nature, organized around myths. Surreal and realistic images are intermingled, in a narrative style which has become her signature. In the latter half of the 1990s, Moffatt broached another way of setting up a community and/or a way of dealing with minorities, at times steeped in violence, and turning towards the world not of collective sports, but sports practiced collectively, often by teenagers: Guapa (1995) depicts rollerblading; Heaven (1997), surfing; Games (2000), shot during the Olympic Games held in Sydney, deals with the disappointment of people coming fourth, not included on the podium, and athletes stripped of medals. Since the prize she won at the Gwangju Biennial (South Korea) in 1995, T. Moffat has had many solo shows all over the world.